The qualities that attract today’s outdoorsman to the North Seal River area offered the same attraction to Aboriginal people centuries ago. 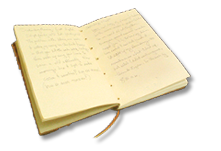 The area was deglaciated around 6000 B.C. Glacial Lake Agassiz dominated the geology of the area but by 4000 B.C. with Agassiz receding, the forest/tundra line had progressed northward and stabilized at a position fairly current to today’s.

The first known people to inhabit the area were the Western Plano who moved throughout central Canada and the Northern U.S. in search of food and game around an estimated 4000 B.C. The next group to inhabit the area were the Shield Archaic people who evolved from the Northern Plano and traveled Manitoba from 300 B.C to 1000 B.C. The final group was the Taltheili Shale Tradition arriving from Northern B.C. and the Yukon Territory around 750 B.C. By 600 A.D., they had introduced bows and arrows along with stone points. All these groups were nomadic tribes following the game, usually bison to the South and caribou to the North, as the animal herds moved. The Taltheili were proto-Athapaskans, the forerunners of the early Dene, one of the two local aboriginal groups who utilize the North Seal area to this day.

The remoteness of the area has precluded extensive archeological study but a few have been done. Dr. Ronald Nash visited the area in early 70’s. He found several sites on Egenolf Lake indicating concentrated winter hunting camps there as the caribou migrated south. Twenty-two prehistoric sites were found on Egenolf and the nearby Robertson esker. Another more recent site was carbon-dated at 1490 A.D. The sites were not permanent sites but seasonal hunting camps showing many years of use. The key to the area was the unique and extensive esker system running through it. The aboriginal peoples’ made their use a staple as they pursued their winter hunting of the caribou herds as they migrated South. In 1996, archaelogist Virginia Petch and her team focused their study on the Robertson Esker, Manitoba’s largest and most famous, which runs over 120 miles through our area from South to North, stretching into Nunavut. Their search included where the North Seal intersects Egenolf and Blackfish Lakes and they found twenty new archaeological sites including some ancient portage markings. Some sites are indicated at over 2000 years old.

Others have traveled the area since the first Aboriginal peoples, especially the great fur traders and 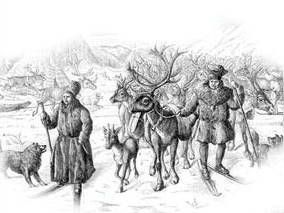 explorers including Samuel Hearne. Egenolf itself is named after Father Egenolf, a Catholic priest famous to this area for his fluent Chipeweyan and Cree and penchant for traveling the entire North Seal River system in freighter canoes as he tended to his flock.

As for outfitting, several have tried to open the North Seal area to fishermen but due to its remoteness, were unsuccessful. It wasn’t until Ganglers decided to move their operation to the North Seal that this unique area was truly opened to sport fishing.

To this day, the same people whose ancestors followed the caribou across this land help make Ganglers Canada’s #1 lodge as they guide our customers. Some things change, and some never will. The Dene and Cree continue to hunt the eskers with today’s technology as the caribou repeat their ancient migration routes .

All in a very special place they call ‘ the Land of Little Sticks.’