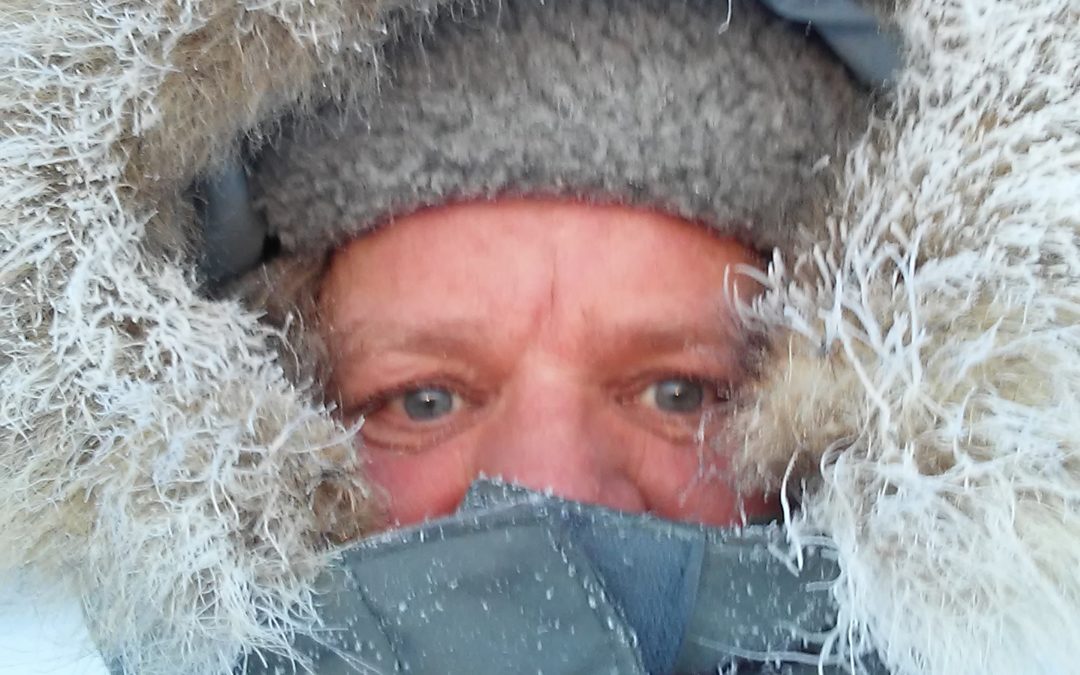 I was woken up in the early hours by a screeching racket outside my window, or under the cabin it seemed. I’m not totally sure but it sounds like the martens are scrapping and they can really reach a fiery pitch. Soon after I had moved into the cabin, back in November, they had squatted the attic and would sometimes fight like it was to death. It took me a while to find their entry points in order to patch the holes. It became unbearable, not to mention when one of them tried to scratch themselves through my ceiling. I must of looked like a madman with my broomstick screaming at the upstairs’ neighbors, poking at the ceiling. I whistled a long siren of a wail and they stopped in their tracks. Motionless for a long time and they must have wondered what kind of animal makes such a cry (I have the knack of producing a very loud whistle). A quick exit followed, which exposed where they were sneaking in. The next few days, one of them tried to scratch through the boarded up hole until finally giving up. 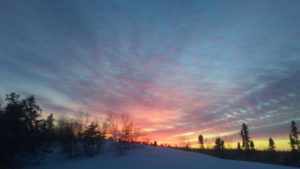 It’s been very cold the past week after some mild days around the new moon. The wind blowing off the lake from the north especially adds to the bitterness. Frost bite is an issue so I have to bundle up and cover up my face properly. During these cold snaps, I get my water from melting snow instead of transporting from the hole in the lake. I have a system for melting the snow on the oil heater and I always have hot water on tap for washing and cooking. I also use the heater for simmering my meals, keeping my coffee pot warm and heating up my porridge in the morning.

Since solstice, I’ve gained over an hour and a half of daylight and this makes a big difference. The sun now climbs over the treeline in the afternoon and hits the solar panels earlier in the morning. I also noticed that my sleeping pattern is changing as the dark night diminishes and my energy levels are increasing. It feels like I’m coming out of hibernation even though spring is still a very distant picture. 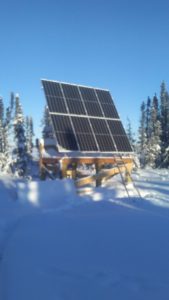 I have just returned inside the cabin from clearing the snow off the solar panels before the sun rises. I note the temperature at minus forty-something (my thermometer stops at -40) and I conquer, it is crazy cold this morning. A thin layer of ice in the shower stall  reminds me to take certain food items of the floor. A section in the back room serves as my fridge, as the front porch is used as a freezer.

Last night I tasted caribou for the first time and what a discovery. Absolutely delicious. I slow cooked the meat over night on my trusty oil heater-stove and the result is a tender juicy melt in your mouth marvel. Thank you John for the new year’s gift. If I would have accepted all the hunters’ offerings that came through camp I would have meat for a year! It’s too bad I couldn’t interact more with them because of the virus and even accompany them on the hunt. Lots of knowledge and culture to learn about as my métis roots get a tickling deep in my soul. 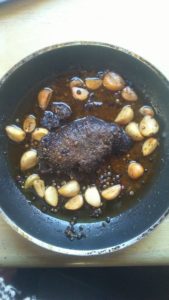 I’m approaching the half-way mark of this caretaker contract at Gangler’s camp and it seems like the journey has just begun. I think it is possible that some people would benefit from an experience at the lodge during the winter. Ice fishing, northern lights, snowmobiling trips, caribou herds and wolf packs,  snowshoeing, and a general unique adventure. Food for thought…